Hanoi capital among 10 most popular destinations in 2021: Tripadvisor

The capital city of Hanoi ranked at the sixth place among the 25 most popular destinations in Tripadvisor Travellers' Choice Awards 2021. 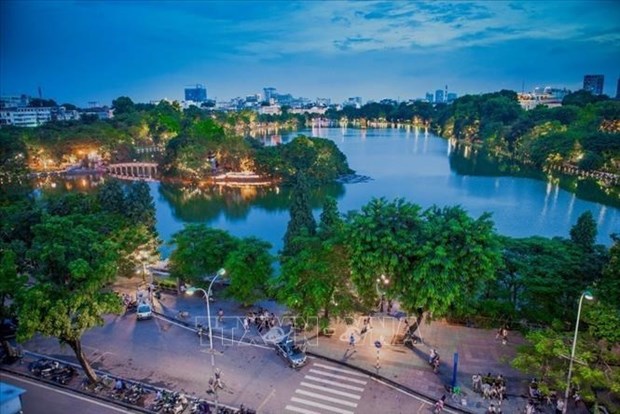 A corner of Hoan Kiem Lake in the heart of Hanoi (Photo: VNA)

Hanoi (VNA) – The capital city of Hanoi ranked at the sixth place among the 25 most popular destinations in Tripadvisor Travellers' Choice Awards 2021.

The awards reveal where travellers ventured in 2020, while travel was open, as well as where they dreamed of going while the COVID-19 pandemic kept them stuck at home.

It added that Hanoi may have changed its names several times, including Thang Long, or "ascending dragon," but the capital city hasn't forgotten its past, as sites such as President Ho Chi Minh's Mausoleum and Hoa Lo Prison attest.

Lakes, parks, shady boulevards and more than 600 temples and pagodas add to the appeal of this city, which is easily explored by taxi.

In addition, the ancient city of Hoi An in central Quang Nam province occupied the 11th spot.

“This city on the central Vietnamese coast is a well-preserved example of the important Southeast Asian trading port it was from the 15th-19th centuries. Already a common stop for backpackers, it is becoming better known to tourists,” Tripadvisor noted.

On the 14th day of each lunar month, the town trades its electric lights for traditional colored lanterns. Sights include the Chua Cau (Japanese Bridge) and the Quan Cong Temple, it continued, advising that “Let the town’s expert tailors make you some bespoke clothing”.

The other categories of the awards are Trending and Emerging destinations around the world. And at a time when travellers are enjoying the great outdoors more than ever, 2021 brings with it a new category - National Parks, according to Tripadvisor./.

Hanoi street foods can be cooked in the US

Hanoi’s landmarks stand the tests of time - The outstanding constructions

Hanoi capital among 10 most popular destinations in 2021: Tripadvisor