Hanoi has halted the 2019-2024 tourism promotion package worth 4 million USD with the US Cable News Network (CNN) due to the impact of the COVID-19 pandemic. 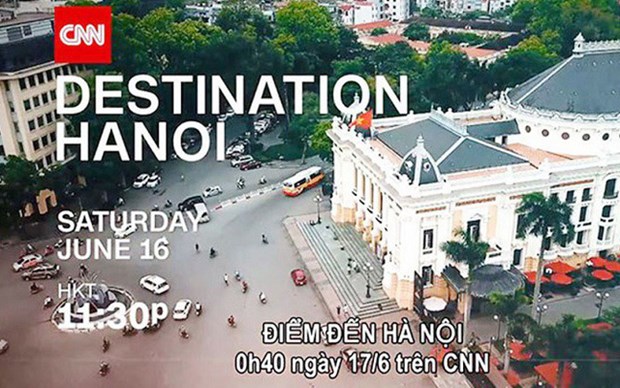 An image from an advertising film on Hanoi made by CNN last year. (Photo: tienphong.com.vn)
Hanoi has halted the 2019-2024 tourism promotion package worth 4 million USD with the US Cable News Network (CNN) due to the impact of the COVID-19 pandemic.

The package will be rebooted at an appropriate time after the end of the pandemic, said Director of the municipal Department of Tourism Tran Duc Hai.

Hai said CNN expressed goodwill towards Hanoi’s proposal and took this as a matter of course as there are no tourists at all. “Our view is that we will negotiate and choose an appropriate time to continue this promotional package on CNN after WHO announces the end of the global epidemic.”

Products made by CNN over the next five years were to include 30-60 second advertising films, including movies promoting the F1 race in Hanoi and introducing the SEA Games 2021.

Prior to this package, Hanoi and CNN completed a 2 million USD advertising package from January 1, 2017 to December 31, 2018.

Health declaration required for all foreign guests at hotels in Vietnam